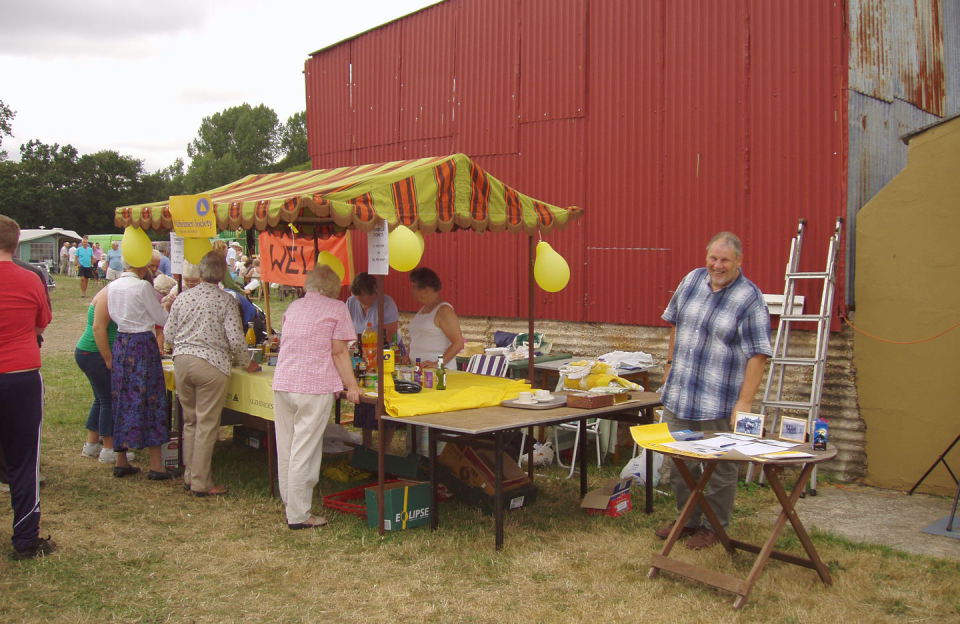 A thank you letter recently received from the Alzheimer's Society

I just wanted to let you know that ********* has made the donation in exchange for your photography work at the tractor run.

Thank you so much for thinking of us in relation to the donation and for continuing to support us. It means so much to us to have you working to promote us.

During my Mothers illness with dementia, we had a great deal of support from the Salisbury Alzheimer’s Society, which was invaluable.  We had lots of awareness support and also one to one carers, who were volunteers provided by the Society, as respite.

After my Parents died in 2003 I became more involved with the charity.  Since this time the charity has become recognised in providing support and care to patients in their own homes.  There are many forms of dementia which most people assume to be Alzheimer’s, each patient can suffer the effects from dementia in a different way, each case can vary.
Even just a few years ago, dementia was a subject hardly spoken about and those suffering from the illness were kept out of sight in many cases and not mentioned.
Today we have had a lot of very highly recognised people who have family members or indeed themselves suffer from the illness, this has raised its profile in the wider world.
The Charity is now almost a household word, with many youngsters now contracting the illness, as it does not only affect the elderly.
I have over the years since my parents died, set up a few simple things, which are providing support and awareness to the Salisbury Branch of the charity.
We have run a stand at Steam Fairs and events in aid of the Alzheimer’s Society and collected during steam road runs etc.  Every year since 2003, calendars, cards and stationery have been sold for donations.
Photographs that have appeared in the local press etc have also been sold for donations, which has been amazing.  I can only thank the papers and readers etc for their interest and support on behalf of the charity.
Even the local Newsagent in the village had come forward and become a custodian of a collection tin.  For a number of years they had run at least one raffle or collection special event a year.  I also exchanged the collection tin at the Salisbury Alzheimer’s branch many times a year for them.  I can only thank Helen & Peter and the villagers on behalf of the charity.
Please note that the business has now been sold, therefore, I am not invloved with a collection tin for this business.  In addition, the local Alzheimer's branch in Salisbury has now closed, therefore, all donations are now regional.
I would also like to mention all the event organisers and entrants etc, who have been very helpful and supporting.  I have the easy job of taking the photographs  and meeting the people, including the Charity staff.
SO YOU ALL KNOW WHO YOU ARE AND WHAT IT MEANS TO A LOT OF PEOPLE, WHO ARE LESS FORTUNATE.
THANK YOU ONE AND ALL