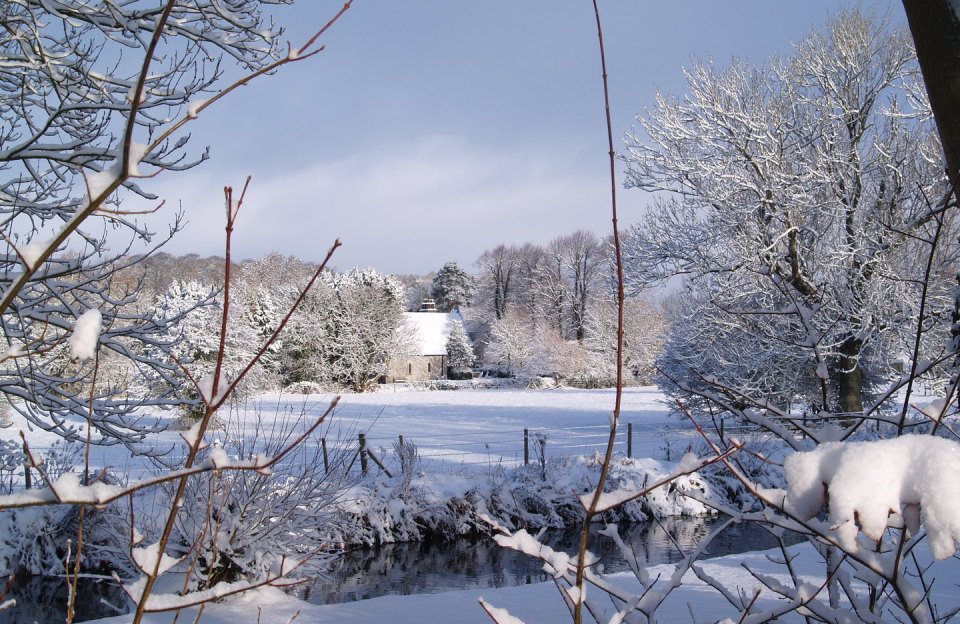 A small village, joined to Brigmerston, set in the Avon Valley between Durrington and Figheldean, deep in the middle of Salisbury Plain.

Although only consisting of a hand full of houses it is steeped in history. It has its own church - St Marys', situated at the foot of the hill, down the main street.  Opposite the Church is Addison House, where the famous poet once lived. This was the rectory originally, later Colonel Bartlett lived there, then Mr A Parsons the farmer.

Next to the church is the old house, frequented by many official dignitaries during the Second World War.  It is a good way off the main road and down at the bottom of a small, snug Wiltshire Valley, it stands in the middle of Milston.

It is a fiendly comfortable looking house of flint stone and the villagers say it was built 400 years ago when, obviously, it was intended as the home of a large and happy family.

During the war, if you looked closely you could see the unfriendly coils of barbed wire stretched across its gates, along the hedges and the paths, before the three doors.  Iron bars shut in the window of the room that was once the nursery: in addition to all the other windows as well.

Oddest of all are the numerous telephone wires leading into the house, for what Milston family would need more than one telephone?  These private wires were humming with messages to and from the War Office and Downing Street and even Buckingham Palace. From here in this house without a name, were drawn up the tentative plans, which eventually became the nucleus or the great project on which the Allied invasions of Normandy was built.

Officers of high rank came to "The Old House" to confer with General Frederick Edgeworth Morgan, whom Mr Churchill named in the House of Commons, as head of the British and American staff who surveyed the invasion project.

Field Marshall Lord Wavell used to come down here, so did the Prime Minister.

Once King George VI made a visit.  The people of Milston knew all along that something big was taking place within "The Old House" but as Alfred Cook, a lorry driver who was born in Milston of Milston parents describes it: "We have had a lot of important people down here in my time. We knew there was a lot going on in that house there, but, of course we never talked about it to outsiders".  Which is the way the people of Milston helped to keep the secret of "The Old House".

Just a mile away is Syrencot House, the secret Military establishment used to plan the Normandy landings. 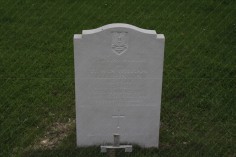 Stevie passed away peacefully at home in Durrington on 25th February 2019, aged 85.

His service years were originally with 9 Sqn and for a considerable number of years with 22 SAS. It was during the celebration of his life in a church near his home in Durrington, that people learnt of his extraordinary service career from his former 'B' Sqn 22 SAS commander.

The insignia of the SAS Regiment can be seen on the lovely inscription in Milston Cemetary for Stevie. 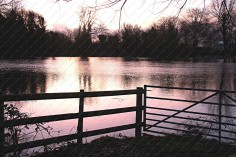 Milston - 23.12.19
These photographs were taken this morning where the River Avon has burst its banks, spilling water into the meadows. 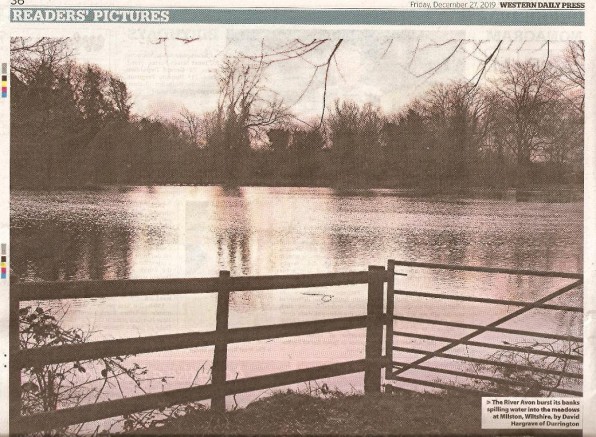 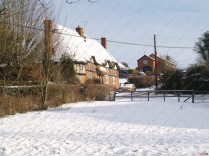 A few photographs in and around Milston on one of my trips.