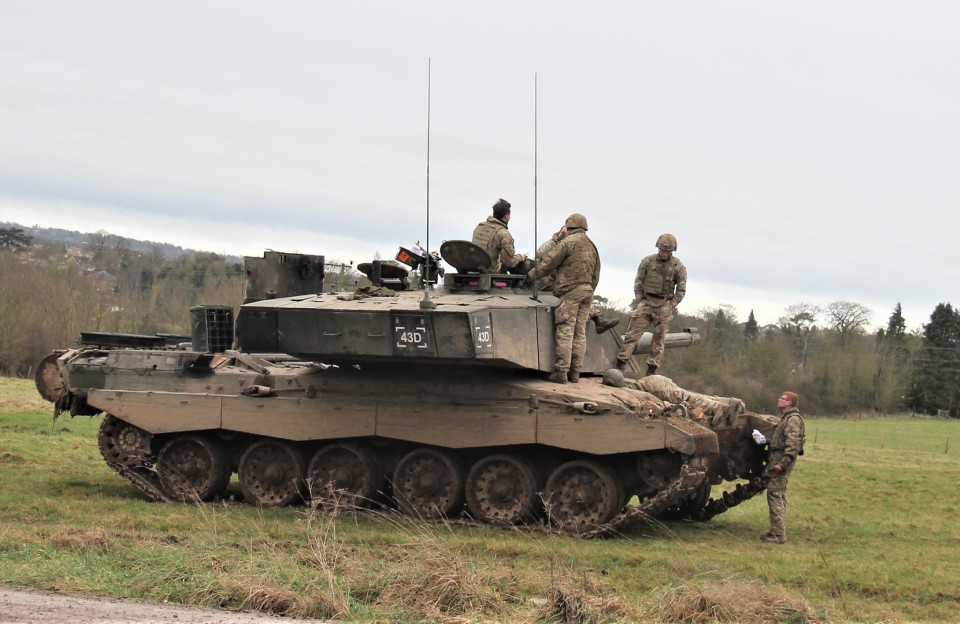 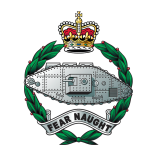 Reservist Crews on the Royal Tank Regiments Cyclops Squadron and their Challenger 2 Tanks - 04.05.22
The Black Beret
Much of the uniform and equipment of soldiers during the First World War was quite impractical for use inside a tank. In particular, the vision apertures in a tank were so small that it was necessary to keep the eyes very close to them in order to get even a limited vision. Thus, any headdress with a peak was entirely unsuitable. In May 1918, General Elles and Colonel Fuller were discussing the future of the Tank Corps and its uniform and General Elles tried on a beret of the 70th Chasseurs Alpins, which was billeted nearby. A black beret was selected as it would not show oil stains. No change in uniform was possible during the war, but after a prolonged argument with the War Office, the black beret was approved by King George V on 5 March 1924. The black beret remained the exclusive headdress of the Royal Tank Corps until its practical value was recognised by others and its use extended to the majority of the Royal Armoured Corps in 1940. On the introduction of the blue beret in 1949, the Royal Tank Regiment reclaimed its right to the exclusive use of the black beret, which may not be worn by any other Regiment or Corps with the exception of the Berkshire and Westminster Dragoons Squadron of The Royal Yeomanry.
Black Coveralls
The wearing of black overalls is a custom reserved to the Regiment by Material Regulations for the Army, volume 3, Pamphlet No 4 (Code 13251). It stems from the Royal Review held at Aldershot in the presence of King George V on 13 July 1935 on which occasion black overalls were worn on parade by all ranks of the Royal Tanks Corps. The practice lapsed during the Second World War, but was re-introduced in the 1950s.
Black Accoutrements
Royal Tank Regiment officers and senior warrant officers also wear both a black sam browne and a black sword scabbard, while other ranks wear a black parade belt.
Sleeve Badge
The sleeve badge of a First World War Mk 1 tank preceded the formation of the Royal Tank Corps when it was worn by the Heavy Branch of the Machine Gun Corps Authorised on 7 May 1917, it is still worn today.
The Ash Plant
During the First World War, walking sticks were often carried by officers. Such sticks came to have a new and more important use with the introduction of tanks, which often became 'bogged' on battlefields, particularly in Flanders. Officers of the Tank Corps used these sticks to probe the ground in front of their tanks testing for firmness as they went forward. Often, the commanders led their tanks into action on foot. To commemorate this, officers of the Regiment carry ash plant sticks instead of the short cane customary to other arms. 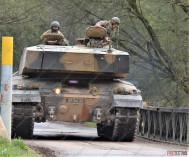 This morning saw a tank confrontation on Charlie crossing causing an amusing situation, had everyone amused, in a harmless piece of fun. 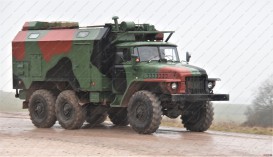 The exercising of men and equipment continues over the areas of Salisbury Plain and adding authenticity to the scene were museum piece Russian vehicles.

The Ural-4320 is a general purpose off-road 6×6 vehicle, produced at the Ural Automotive Plant in Miass, Russia for use in the Russian army.  Introduced in 1976, it is still in production today.

These photographs show the Royal Marine Commandos on one of their marches on the Plain, this unit is from Devon and are seen here at a very brief rest stop.  The exercising of personnel and equipment continues over the areas of Salisbury Plain.

The packs they are carrying are very heavy, yet they manage to cover the rough terrain, making it look, dare I say quite easy, I could not even lift one off the ground!

These photographs were taken this afternoon.

Diamond became a battlefield casualty when its hydraulics failed.  This was not a problem as it was just a union which had broken and it lost its hydraulic oil.  However, it was in simulated enemy ground and the Crarrv was not available.  Therefore, the crew stripped out the item to replace the union and then cammed up the tank to hide its whereabouts and had two other tanks cover the area until it was repaired an hour later.

A great bunch of personnel, who permitted us to take these pictures of the step by step situation as it would happen,  in a real scenario. 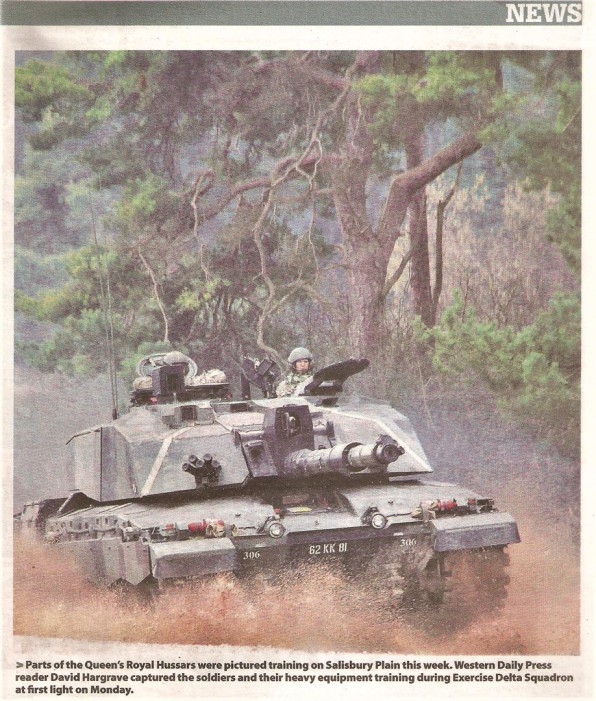