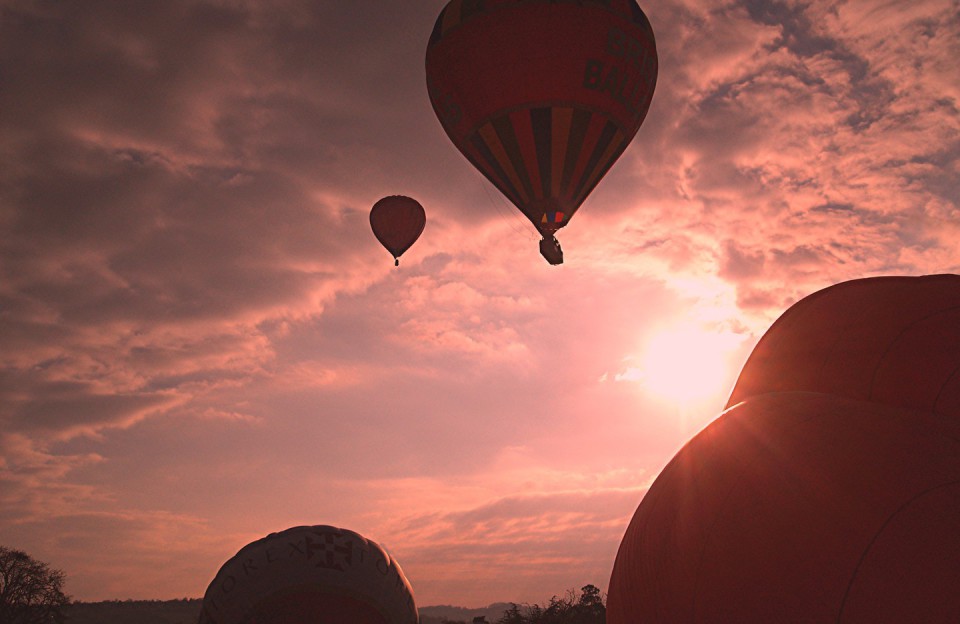 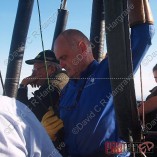 These photographs were taken on a hot air ballon flight, out of Newton St Loe, Bath with a meeting time of 06:00.

With the weather conditions being tricky due to the lack of wind and the noise restrictions for flying from Bath in the mornings, balloonists are now using local farmer Hugh Gays's fields for launches.  It quickly becomes dangerous in hot conditions, so balloon flights have to be carried out very early in the mornings.

I was privileged to be invited to fly today by Nic Amor from Bath, Bristol Balloons, as one of his pilots, Dr Colin Hodges was on a training flight.  I have flown with Colin before, on a training flight, when he first became a commercial balloon pilot, a few years ago.  Today, Colin was progressing towards being a higher grade of commercial pilot, with a larger balloon.

We were also blessed with a very experienced pilot to help and observe the flight.  This pilot was Phil Dunnington BA, one of the world’s most widely experienced commercial balloon pilots, who in the course of extending ballooning projects has flown in 89 countries, with over 2000 hours as pilot in command. Phil has been flying balloons commercially since 1971, he has also been the UK’s chief examiner for balloon licences for over 15 years.  Phil is a director of europe’s largest annual public balloon spectacle, the Bristol International Balloon Fiesta.  Phil also made a historic ‘first’ by crossing the North West Passage in Nunavut, Canada, in 1999 with David Hempleman-Adams with the British Typhoo Challenger balloon.  David is another pilot, I have worked with on the ballooning front.

We were the last of five balloons to get aloft today and basically got nowhere fast, apart from up and down.  This is why when these conditions are predicted, all inner city flights are transferred to other sites.  We drifted around very slowly for over an hour taking in the wonderful views and watching to see how the other balloons were affected at different altitudes.  The added problem this time of year is there are very few landing sites.  If it is not arable crops, power cables or sensitive areas with livestock etc it is a case of not being able to get over the site.  It leaves you with a lottery to pick your way to a secure landing site and a friendly landowner, with relatively easy access.

We watched one of Clive Bailey's balloons make a successful landing below us just south of Saltford and the A39 and with relatively large fields ajoing to aim for.  Clive himself was having a struggle, just behind us, on a different tract surrounded by crops.  He managed to negotiate these fields to land alongside our balloon, by now with the other balloons in the same fields, there was an abundance of labour to get the balloons landed safely.
It makes little difference who owns which balloon, when they are flying they all work together, which makes things easier and safer.  It is a wonderful thing to be with and observe, how these experienced pilots deal with the sometimes difficult flying conditions.

Thank you once again to all my balloonists friends for a wonderful days entertainment. 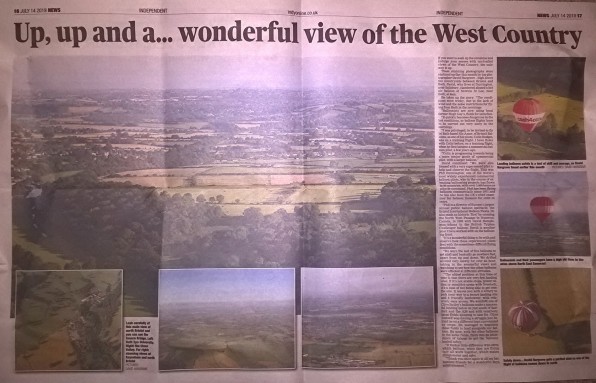 These photographs were taken on Saturday evening at Newton St Loe.

15 balloons took off for an evening flight, while in Bath further balloons also took to the air and headed South West on a light breeze.