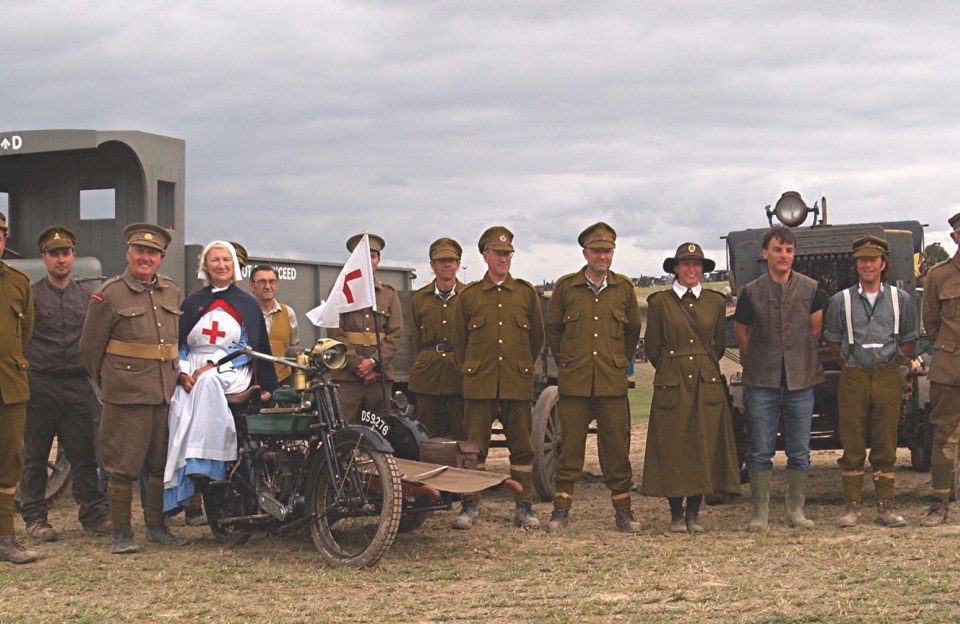 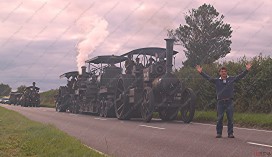 WW1 Convoy arrives at GDSF - 16.08.14
A First World War 80ft road train travelled from Bovington to Tarrant Hinton, on Saturday 16thAugust starting at 10.30am.  The load weighed 72 tons and measured 80 feet long.
The load formed part of a special WW1 display at the event, in tribute to the centenary anniversary of the First World War.
The crew were dressed in British Army uniform from the time and the load was
flanked by several other army vehicles in an attempt to recreate an original WW1 convoy, the likes of which have never been seen after 1919.
Two McLaren locomotives pulled a Pickfords trailer carrying a 1914 WW1 Holt 75 HP Gun Tractor, which was originally used to tow a field gun.  There was also a steam lorry, a Daimler lorry and a traction wagon.
After leaving Bovington Tank Museum the convoy travelled to Tout Hill and then to Bere Regis joining the A35 and A31.  The load continued on to the A354, it exited left off the A354 to Blandford, stopping for 45 minutes in the town centre.
When the load turned off left into Blandford it exited the Blandford Bypass at Tescos Roundabout, proceeded past the Badger Brewery, then over the river bridge at Bryanston Gates and along West Street into the Town Centre.   After leaving Blandford it headed onto the A354 towards Pimperne, arriving at GDSF showground and was welcomd onto the site by Martin Oliver and staff.  I was fortunate enough to be on site to take some photographs.
The load was delayed and did not leave Bovington until about Mid day, then on the route to Blandford the lead engine Gigantic had a bearing start to run hot and the convoy was delayed.  Considering the engine had only been rebuilt and restored at midnight and was then transported to the site at 04 00 am, it was amazing that that was the only problem, which shows the skill involved in restoring the engine by its owner.
During the steam fair the WW1 convoy made an appearance in the arena, with all the vehicles that were available lined up for a presentation with photo shoot.  The men behind the plot to put on the WW1 display Martin Oliver, Rowlie Moores and Dave Allen all took a bow and posed for a photo.
The work behind the scenes to make all this work must have been a logistical nightmare.  The outcome and the way it was addressed worked very well, the displays on the show site and around the arena when conditions allowed, were quite spectacular and very moving.