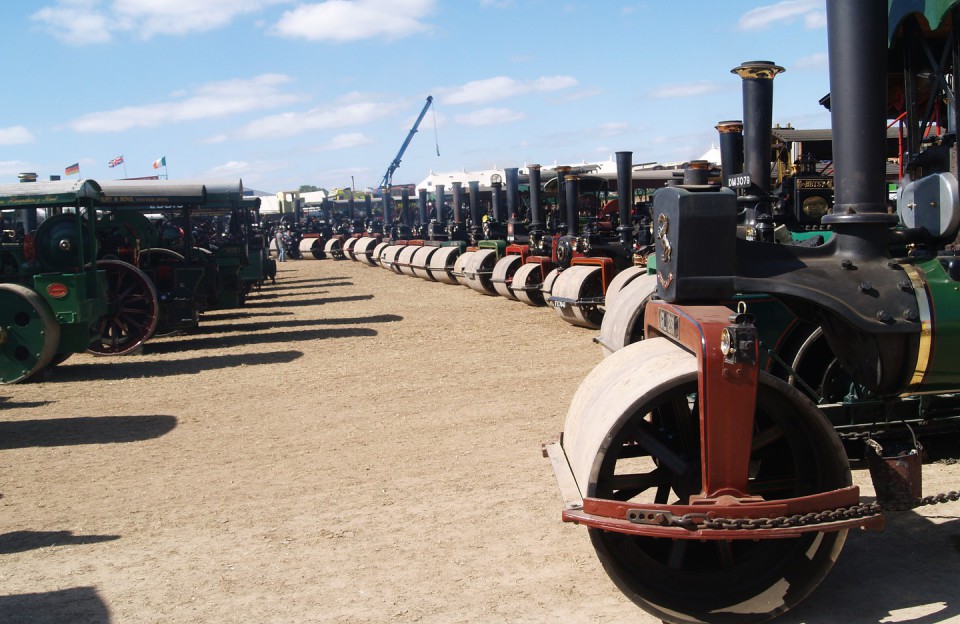 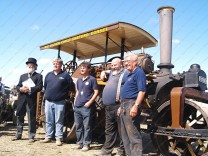 The world record was broken for constructing a road and running over it with 102 steam rollers, the previous record being 32.

The world record attempt has been officially acknowledged by Guinness World Records Ltd and one of the independent witnesses was Colin Tyson of Old Glory Magazine, a well respected figure in the steam industry.

Great Dorset Steam Fair Managing Director Martin Oliver, said: “We are so privileged to be in the presence of so many beautiful engines and to have broken the world record is just phenomenal.  I would like to personally thank everyone involved as well as all our visitors, without whom we could never have achieved this triumph.” 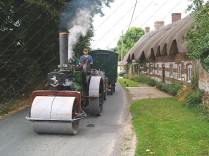 Rollers returning home through Wiltshire
I travelled back with these rollers as they travelled through my Village.  I decided to record their journey, through the scenic back lanes of South Wiltshire.
We stopped to refill with water in Amesbury from the River Avon near the Queensberry bridge built 1775, this bridge once carried the A303 but now only a minor road.
The engines travelled 26 miles on the Monday following the show, to a stop over in a pub car park.  19 miles the second day, on to a farm near Pewsey, where the rollers stayed for a few weeks.  They then travelled to teh Crofton Pumping Station for their end of year steaming event.
Engine Details:
Aveling & Porter road roller, 1915. 4 nhp. 8 ton Road Roller. No. 8489. Reg No: OK 58 - 'Albert Webb'
New to G. Kynoch and Co of Birmingham and used to repair the roads on their munitions sites.  This engine worked until the 1960s when it was sold off.  It has been with its present owners for the last 27 years.  It was last used for commercial rolling in October 2004.
Aveling & Porter road roller Class F 6 nhp Compound 10 ton no. 10168, Reg TA 2027.  Built in 1921. supplied new to Devon County Council and owned by them all its working life, allocated to Plymouth depot and given plant no 153.
Later it was relocated to the Exeter area, where its last job was on the A38 Exeter bypass in 1961.  It was then abandoned in a lane at Kennford along with another council road roller until it was purchased by R E Edwards, the showman of Swindon in 1965.
It was taken to Fairford Gravel pits and joined other engines that the Edwards family stored there at the time.
It was purchased by its present owner in October 1968 and restored.  The roller finally steamed again in 1972.