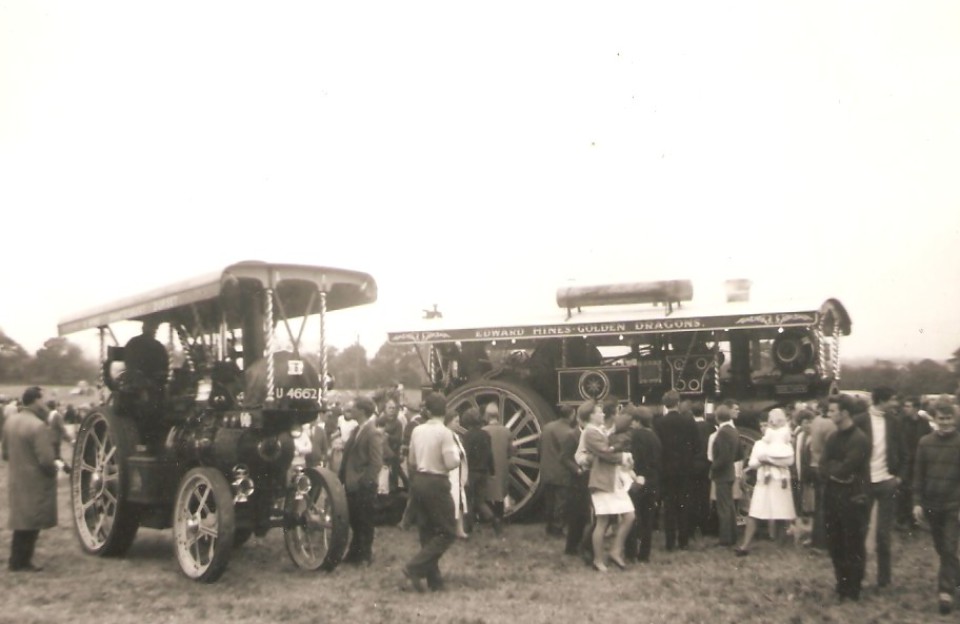 Visiting the GDSF site today saw the ricks being created ready for threshing in the work area and I also managed to catch the straw being hauled by modern tractor method. 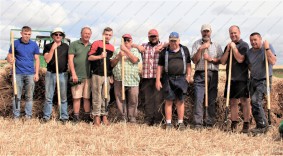 Today I made a further visit on site to see some of the preparation for The Great Dorset Steam Fair.  The day was spent constructing the ricks and collecting the sheaves.

There was, as always, an impressive gang of workers collecting the sheaves and hauling them over the field to construct the ricks.  I did manage to get a photograph of some of the labour that have been involved in the work.  Unfortunately, a few were unavailable due to work.

These sheaves will be stacked in the ricks ready for use during the steam fair.

Mr Robin Hooper the Farmer and his Son, were also in action with a very large combine, which can devour a field of  corn, in a very short space of time. 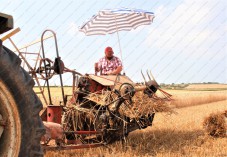 I had the pleasure of meeting staff & personnel on site, together with Mr Robin Hooper the Farmer and his Son, who kindly gave me permission to record the attached photographs.

The staff have started the harvest of the wheat, for use on site during the show.  Due to the very extreme heat, work in the harvest field has been starting at 04.00 and stops during the hottest part of the day.

I always like to visit site when preparations are taking place and today the stooks were being prepared for use at the show.

The corn is planted in a different field on site and the field is approximately 20 acres.  Usually approximately 23,000 sheaves of corn, cut with a binder on site, are used.

The type of corn grown on the farm is the traditional wheat reed variety, Maris Widgeon.  Maris Widgeon is a heritage variety of wheat that has traditionally been used for thatching in the UK.  This variety was developed in 1964 by the Plant Breeding Institute in Cambridgeshire. The 'Maris' in the name, was derived from Maris Lane, the address of PBI headquarters in Trumpington, Cambridge.  It produces a tall, strong stemmed straw without the use of artificial fertilisers, which makes it popular with thatchers and straw craftsmen.  It is also popular with artisan bread bakers and specialist organic millers.

Austin and his Grandson Joe are normally on the tractor and binder, however, due to a previous appointment Austin was not available, therefore, Joe manned the tractor and Tim took over on the binder.

There was, as always, an impressive gang of workers stooking the sheaves.  These will be stacked in the ricks ready for use during the steam fair.

Having being born on a farm and having done very similar things with my Father during the years, it was like going back in time for me.  I am sure farm workers were a different breed in those days, as they toiled to get in the harvest with the machinery they had, which at the time was a major break through in technology.

On my 2nd day on site, I managed to capture the sun rising over the stooks. 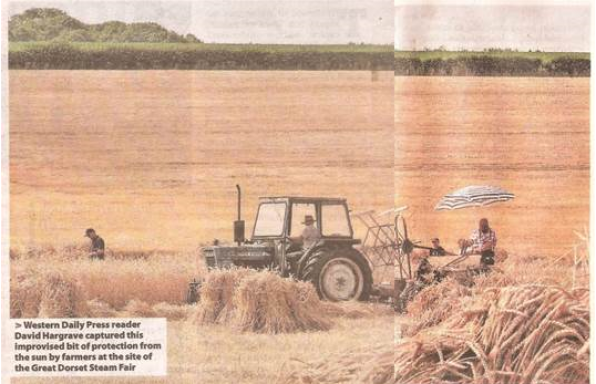 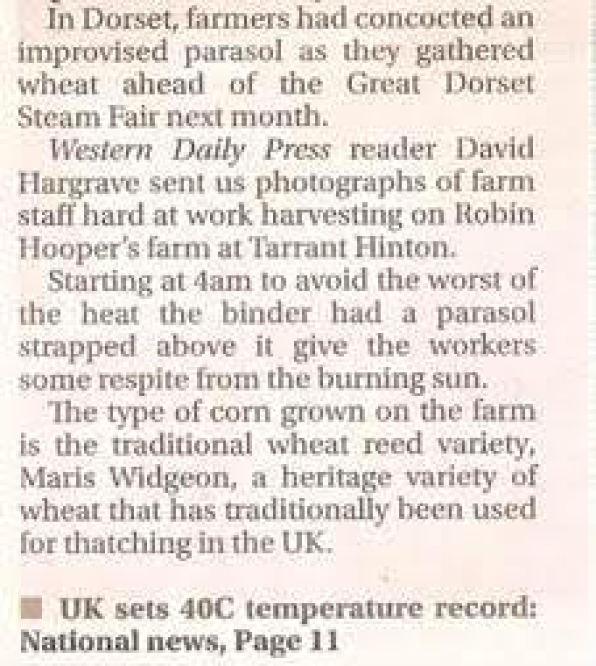