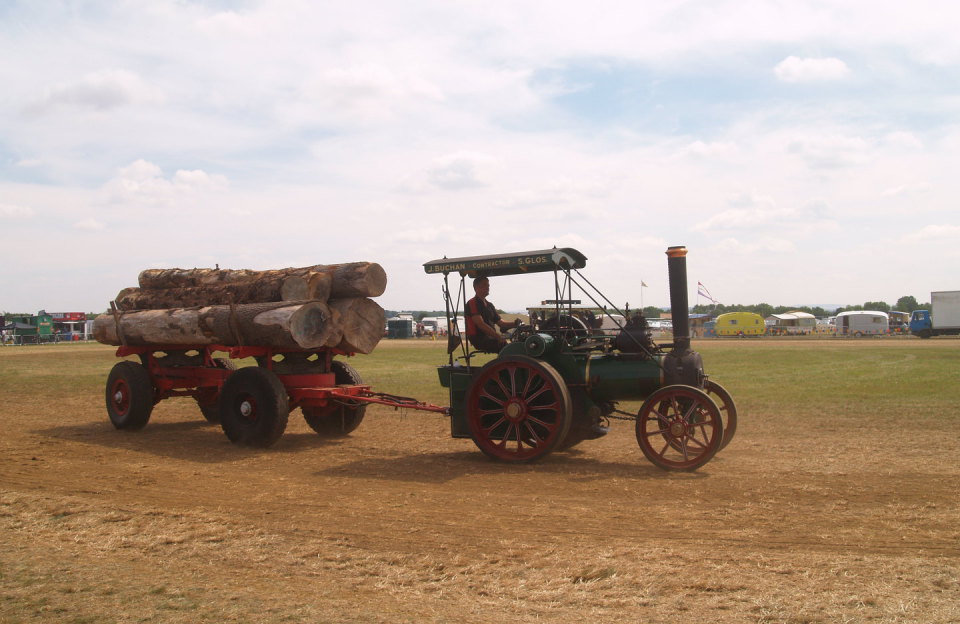 Theme - The City of Lincoln Engines 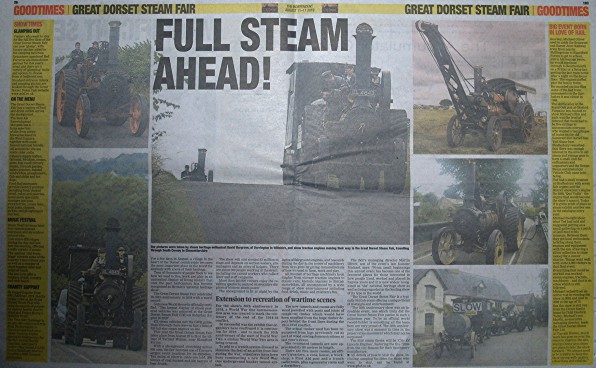 A few bits of logistic information for GDSF.

There are several large corn ricks, built on site in the work areas, using the 23,000 sheaves or stooks of corn grown and harvested on site using a binder.

Large timber trunks for the work areas to turn into useable timber, there is no waste here as all the benches, picnic tables and lengths of timber are used on items  on site.

The beer etc has arrived for the real ale tent, cider bars and the Michael Oliver Marquee.

There are hundreds of portable toilets, wheelie bins, portable generators and lighting units being installed.

Under the watchful eye of Megan the Guard Dog, the Ken Fox and Family Wall of Death is being constructed.  Speaking to Ken, he was glad of the rain, as the top of the Wall of Death was not completed on the inner timbers due to excessive wind speed and apparently the rain is good for the timbers.

There will be a lot of Fair Ground rides and equipment arriving after Sunday, as the rides are still working at sites all over the country.

Fairs often work through the weekend and move traditionally on a Tuesday, then they move to the site through the night quite often  before setting up at the next venue. 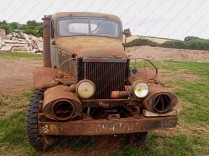 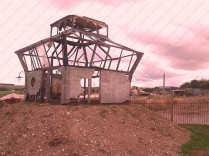 Amazing find, the Control Tower from Tarrant Rushton WW2 D Day airfield found recently in a Dorset scrapyard, will be on display at the Great Dorset steam fair, although an update does state that the rescued Glass Visual control room is not from the WW2 period,  but apparently was a Post War addition, possibly from 1951.

11/43, 298 Sqn formed here with Halifax towing tugs for Horsa gliders. 03/44, 644 Squadron formed here. 190, 196 and 620 Squadrons used the airfield for SOE supply drops in France. Horsa and Hamilcar gliders towed from here on D-Day and again during Market Garden. Sqns requipped with Halifax IIIs again on SOE drops in Europe and then glider towing during the Rhine crossing.

Postwar 298 Squadron went to the Far East and 644 to the Middle East.

08/52 to 06/54, 210 AFS formed here training with Meteors. The RAF later extended the airfield as a V-bomber standby base but it was never used.

The RAF later extended the airfield as a V-bomber standby base but it was never used. 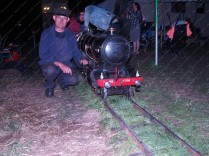 1960s - Started in 10 5/8”gauge by Lewis Scrimshaw, Radcliffe on Trent 1971.  Sold to Michael Crofts, Theberton, Suffolk.
1974 - Sold to Landscape Entertainments Ltd, Ipswich.
1976 - Sold to H Reynolds, Southampton and regauged to 10¼”gauge.
1984 - Sold to Gratton Model Engineering, 39 Whitaker St, Derby.
2006 - Sold to Stuart Ravell, Watermills Farm, Kirkby Green, Lincs.
2010 - Sold to present owner, Jon Littlechild, Somersham, Cambs.  The loco has had much boiler work, the frames have been lengthened, new smokebox, buffer beams and a tender fabricated as there was not one with the loco.  More recently the wheels have been re tyred and the valve gear significantly improved.

Although Mr Scrimshaw's idea of a LNER V2 class, she is more realistically described as a freelance model with rather a lot of LNER styling and features, ignoring the Great Western chimney top!

Starlight has made a couple of appearances at Ingfield, however, she is more used to Jon & Kates's portable track which is exhibited at Steam Rallies and events throughout East Anglia and sometimes further afield, including visits to The Great Dorset Steam Fair.

2018 saw Starlight running until 10pm in the dark and on the last day  of the event, when the ground conditions were too wet, for normal engine movement.

Starlight is having a rest this year, therefore, Jon is running  Sir Percival.  Sir Percival was laid up for many years and Jon has been given the opportunity to give Sir Percival some outings.

Sir Percival was at the  Vintage and Country Extravaganza in South Cerney.  No.30772 Sir Percival. The ‘King Arthurs’ Class, if not sleekly handsome, were certainly purposeful in appearance. 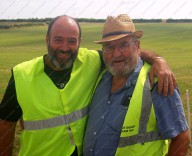 I believe Ian Kendall  said he and his son Mark had clocked up 80 years between them on the event.  They are both Section Leaders, Ian in the trade stall area and Mark in the auto jumble.

No one is allowed on the site until they have passed the check post, at Dereks garden and shed, every year they put on a wonderful display here.

The grass areas are looking amazing after a trim, far from the way they had been left looking after the event last year following the traffic of hundreds of engines, vehicles and people.

The ground here does recover very quickly and the farmer puts in a lot of work, along with the GDSF staff who install all the infrastructure to make it look good for the public.

The work officially started on the site preparations on Monday and already things are moving along quite fast.

However the 23, 000 sheaves of corn, cut with a binder on site started a few weeks ago and the ricks are now being created ready for threshing in the work area. 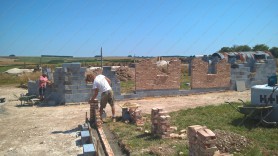 WW2 French town bomb site, to be and under the WW1 site.

I also spent the day with the crew harvesting wheat for threshing at GDSF 2019. 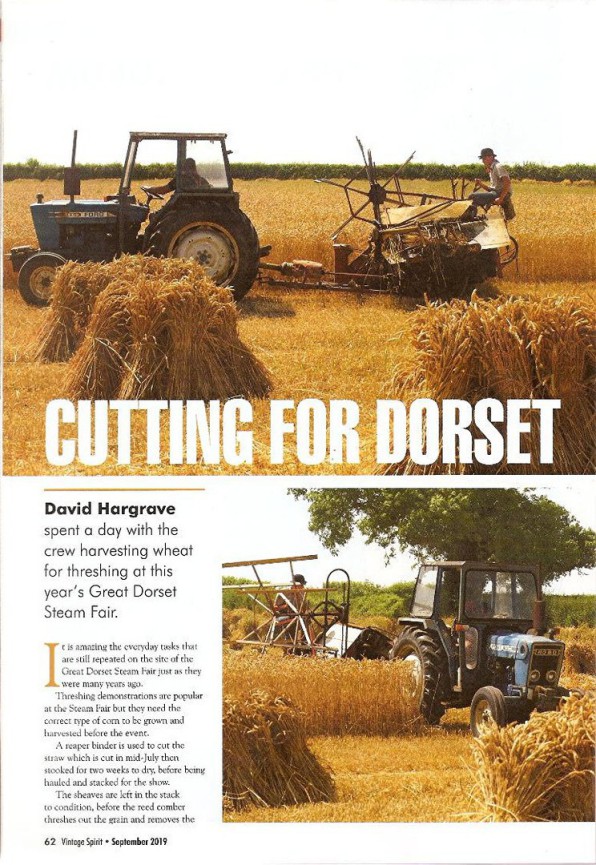 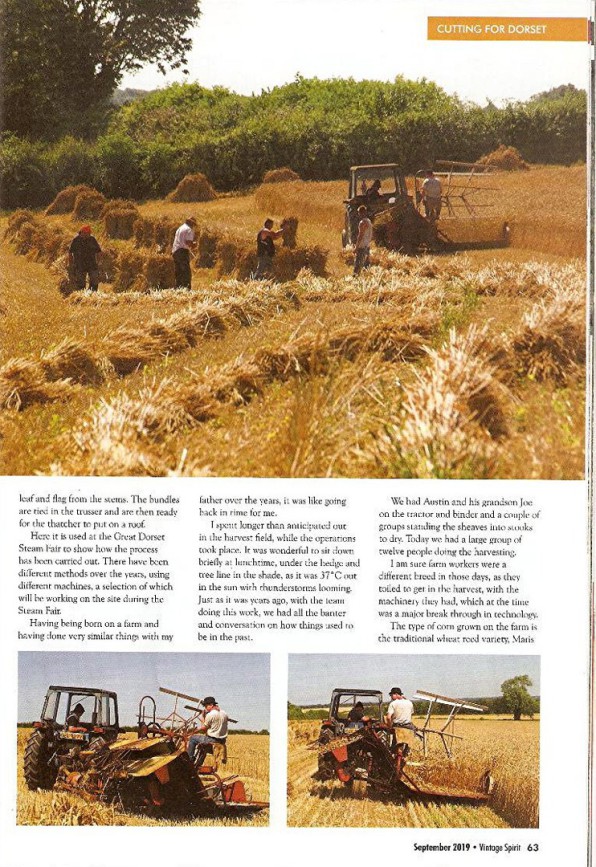 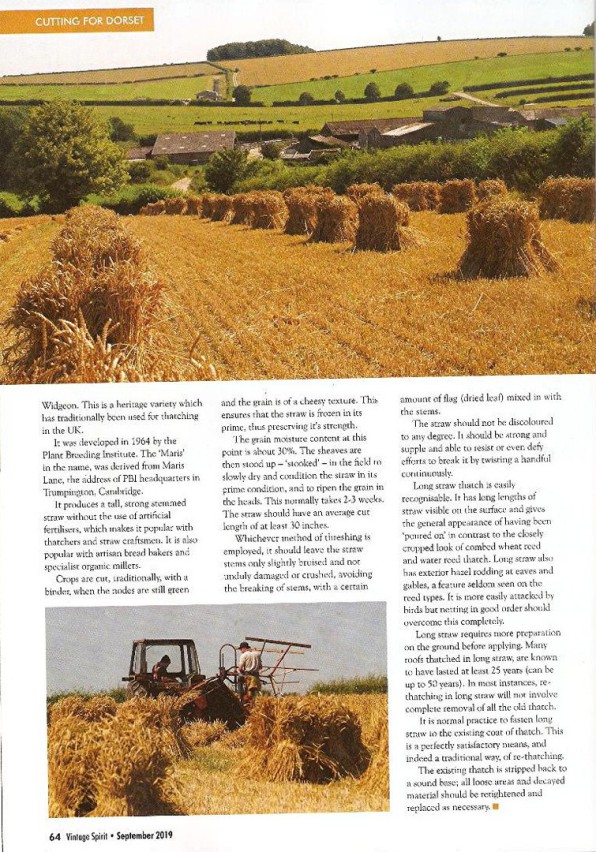 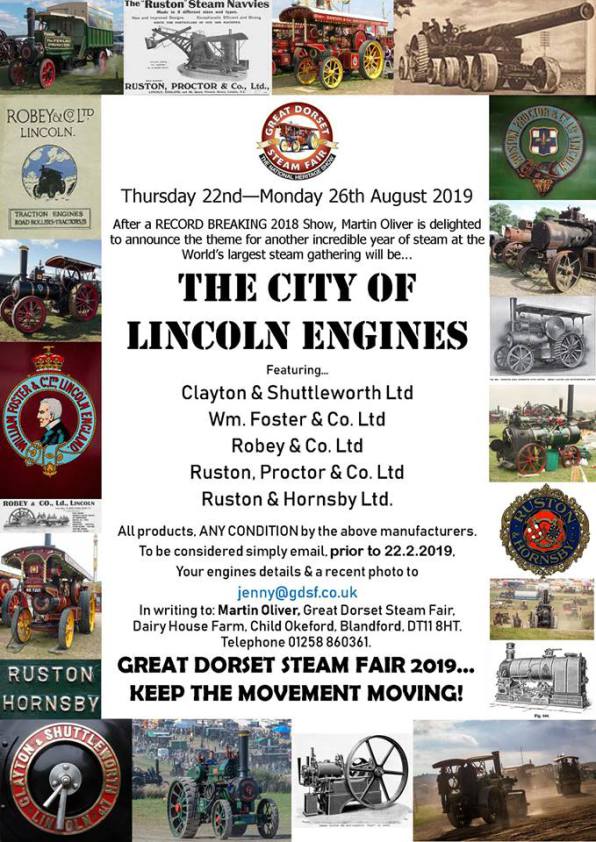