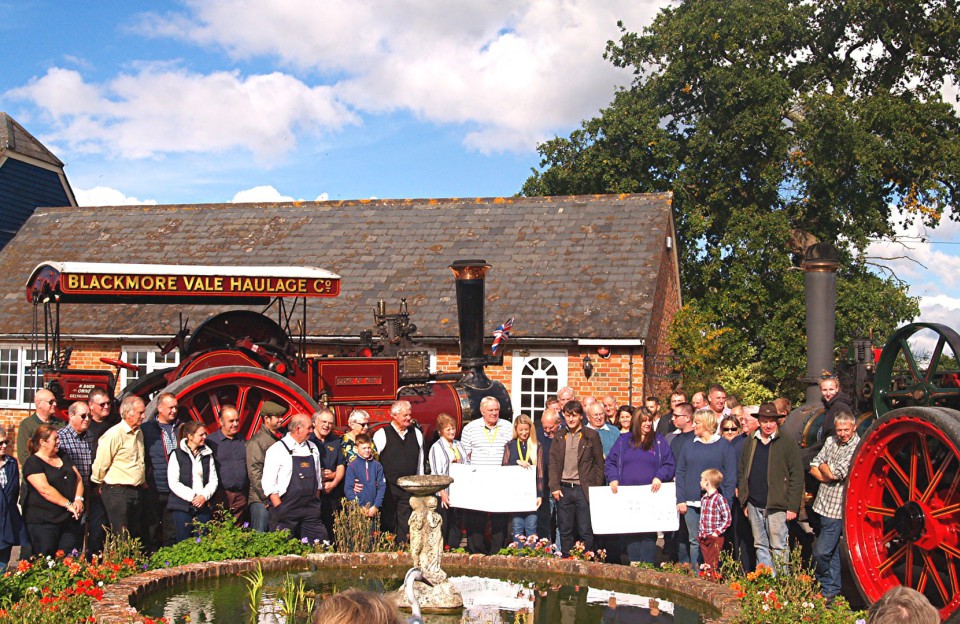 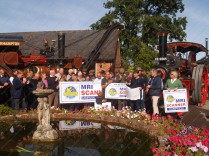 The trailer rides at the Dorset Steam Fair raised a staggering amount of money, £18,512.24 a cheque presentation took place on Sunday 7th October at The Coppleridge Inn at Motcombe.

Martin Oliver presented the cheque on behalf of The Great Dorset Steam Fair, to the Salisbury Hospital Stars Appeal Campaign.

This sum included a separate cheque for £500 donated by a person at the steam fair and also Mrs Crane and Mark Fry who exhibits the late Len Cranes engine for Mrs Crane at events, donated their appearance money to the charity.

The GDSF, heavy haulage arena is where engine owners and crews gave their time and engines to provide the rides to raise this sum of money.

One of these engines was still running at 22.00 on the Saturday evening giving rides in the dark, this amazing effort alone raising  £1,000.

Many engines, drivers and volunteers were involved during the Steam Fair giving rides. 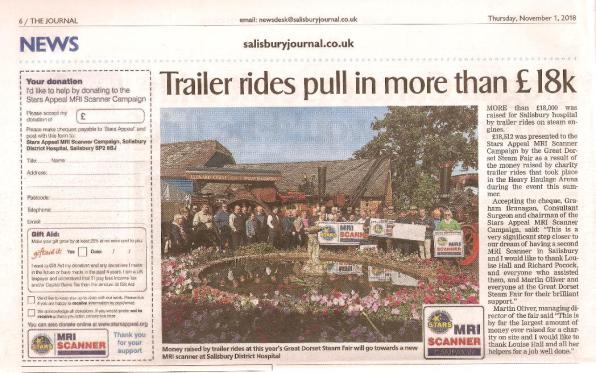 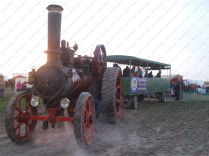 This is a major part of the heavy haulage arena at the GDSF and organised by Richard Pocock and Louise Hall with their band of helpers, who put in very long hours, in the  arena by the commentary box.

The charity ride engines and trailers were still running around the heavy haulage arena  past 22:00 on Saturday night.

On Monday, despite the flooded arena, attempts were carefully and successfully  carried out, to run engines later in the day with two engines that were fitted with rubber treaded rear wheels.  Ironically both of these being Marshall engines.  In addition, a Marshall roller helped through the night driving, all very carefully and being skilfully operated as they used a route missing the wettest areas.

Marshall  BF 7865  BUILT 1911  Reg no 55924 8NHP Driven and owned  by Chris Lawson and Laura Kimber of Gillngham Dorset.  Built in 1911 for Alfred Shaw of Townsville Australia, it was found in Australia in a caravan park and brought back to the UK for a full restoration taking 7 years.

These are the main engines used every year to haul one of the Charity ride trailers.  Plus many other engines who volunteer to help out.

* CHARITY TRAILER RIDES 2018 *
Once again we are offering visitors the unique opportunity to experience up close the might and power of the heavy haulage steam traction engines.
Sit back and enjoy a steam powered trailer ride around the show’s magnificent heavy haulage arena, surround yourself in steam, and be part of the living museum, all for the modest fee of £2 per adult £1 per child.
Martin Oliver, Managing Director of the Great Dorset Steam Fair, and all of his team are incredibly proud to support the Stars Appeal - Salisbury District Hospital's Charity in their challenge to raise £1.5million for a second MRI Scanner based at Salisbury.
A second scanner will mean patients can have their MRI scans faster at their local hospital. Cancer, stroke, heart patients and others will benefit from the very latest MRI diagnostic techniques, reducing the need for invasive procedures.
Full steam ahead for the new Scanner! Rides will commence at 10am-6pm daily (weather permitting) 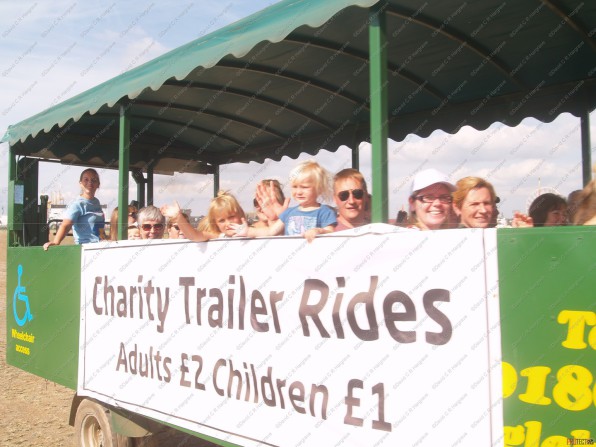 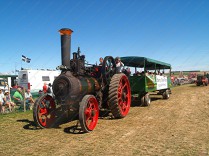 A cheque presentation took place on Sunday 8th October 2018 at The Coppleridge Inn, Motcombe, Martin Oliver presented the cheque on behalf of The Great Dorset Steam Fair, to Julia’s House, along with a separate cheque for £500 donated by a Steam Fair visitor.

The charity trailer rides at the GDSF, take place around the play pen arena, where engine owners and crews give their time and engines to provide the rides.  2017 saw guest driver Joby Carter from Carters Steam Fair, steering Richard Pococks Little Gem, one of the main ride engines.

Of course non of this would be possbile without volunteers and Julia's House had an amazing 73 volunteers!  Please click on link for further information: 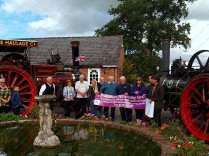 The charity trailer rides at the Great Dorset Steam Fair have become a tradition of the show with the visiting public being able to get up close and personal to the big loads and the many engines & activities which take place in the Heavy Haulage Arena.
All monies raised from the rides is allocated to two designated charities on an annual basis.  The 2016 recipients were as follows:
The Dorset and Somerset Air Ambulance which received £10,266 and the Blandford Opportunity Group who received £3,265.