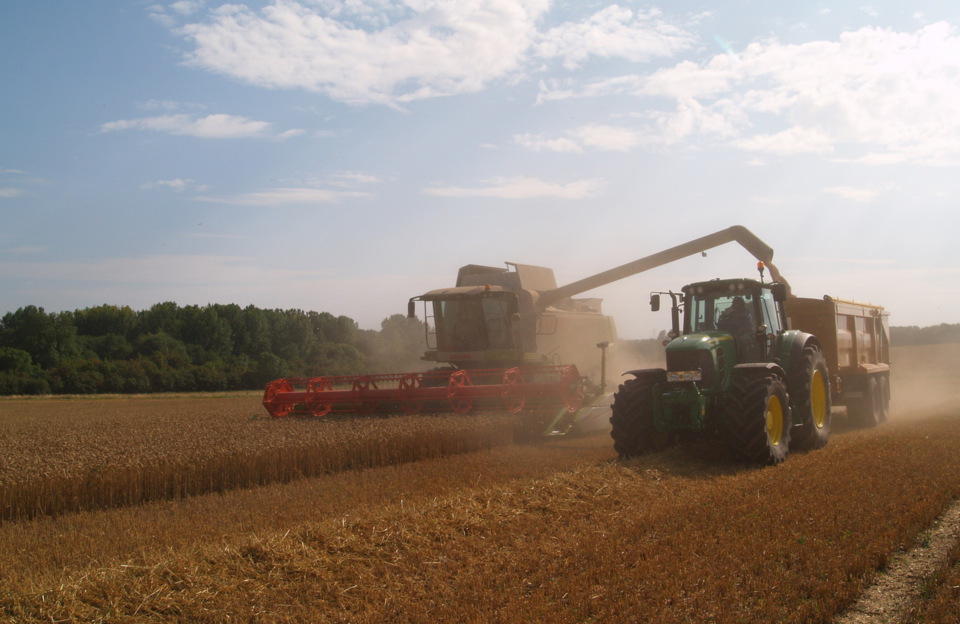 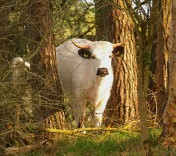 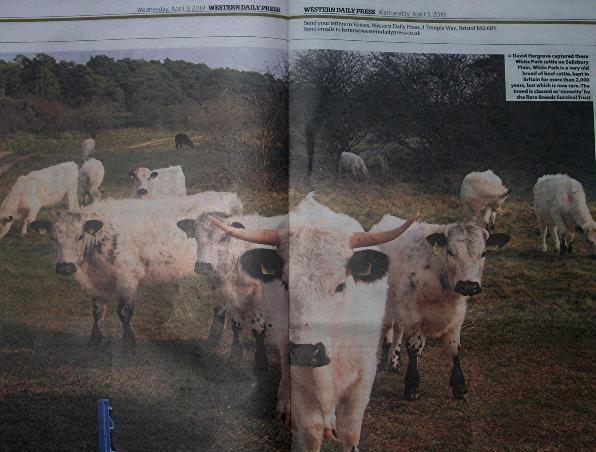 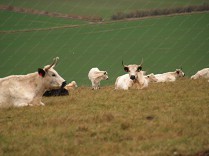 White Park is a very old breed of beef cattle, kept in Britain for more than 2,000 years but which is now rare. They are closely descended from Britain’s original wild white cattle that were enclosed in parks by the nobility during the middle ages. By the end of the 19th century such parks had largely gone out of fashion and the breed struggled to survive.

(All the above information taken from whiteparkcattlesociety.ltd.uk  Please click on the link to see further information)

Traditional Hereford cows are long lived, fertile and maternal. They make great suckler cows and can produce calves at up to 14 years old. The breed is very docile and easily managed. They are also hardy and suited to outwintering.

The Traditional Hereford is much shorter legged than the modern Hereford.
The breed is medium sized, with cows usually weighing 450-550kg and bulls 750-850kg.
The breed is red in colouring with white stripes along the back and underside of the belly.
The breed’s defining feature is the famous white face.
Animals are usually horned although the horns are often removed

(All the above information taken from www.rbst.org.uk/traditional-hereford  Please click on the link to see further information) 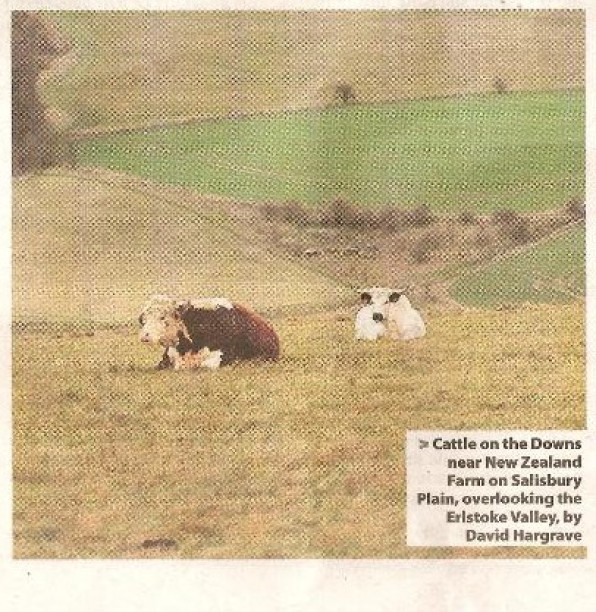 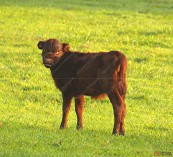 There are several Farmers who have rare breed cattle etc on parts of the Plain.

The Red Poll was originally bred by crossing the milky Suffolk Dun with the meaty Norfolk Red in the early part of the 19th century.  The original name for the breed was Norfolk and Suffolk Red Polled cattle, but the name was quickly abbreviated to Red Polled and became just Red Poll in 1888.
Ideal for more extreme areas as it’s very tolerant of both cold and heat. The breed was also imported to the USA, where it’s the oldest registered breed of cattle in the country.

It was a popular milking and beef animal up until the mid 20th century, but it slipped out of fashion as it struggled to compete with the Friesian for milking and imported continental breeds for meat. It was registered as an endangered breed by the RBST, but thanks to a revival in breeding, mainly for suckler herds, it has been moved to the Watch List, so there’s much hope for its future.

Both the Suffolk Dun and the Norfolk Red are sadly extinct, so the preservation of the Red Poll is more important than ever. Characteristics: A gentle, friendly, and calm animal, the Red Poll is reputedly the longest-lived British cattle.

They’re fertile and maternal, leading to the popularity of their use for suckler herds. The breed is known to be inquisitive, so they often wander further afield than intended!  Outstanding foragers, the Red Poll are easy to handle for a novice thanks to their natural docility. 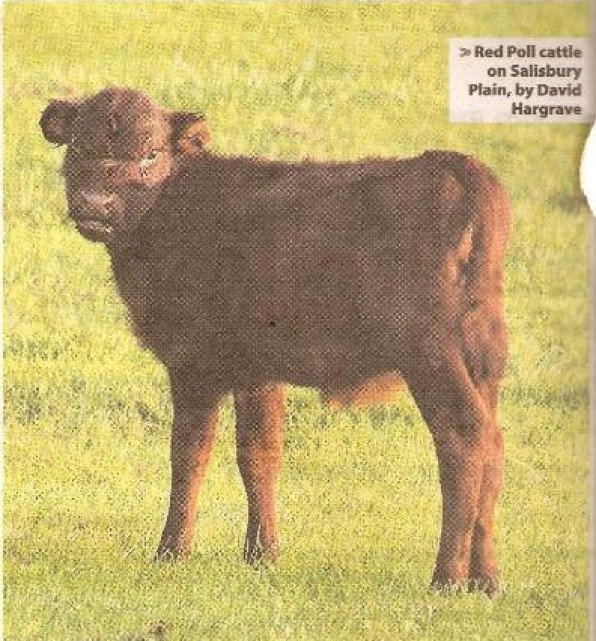