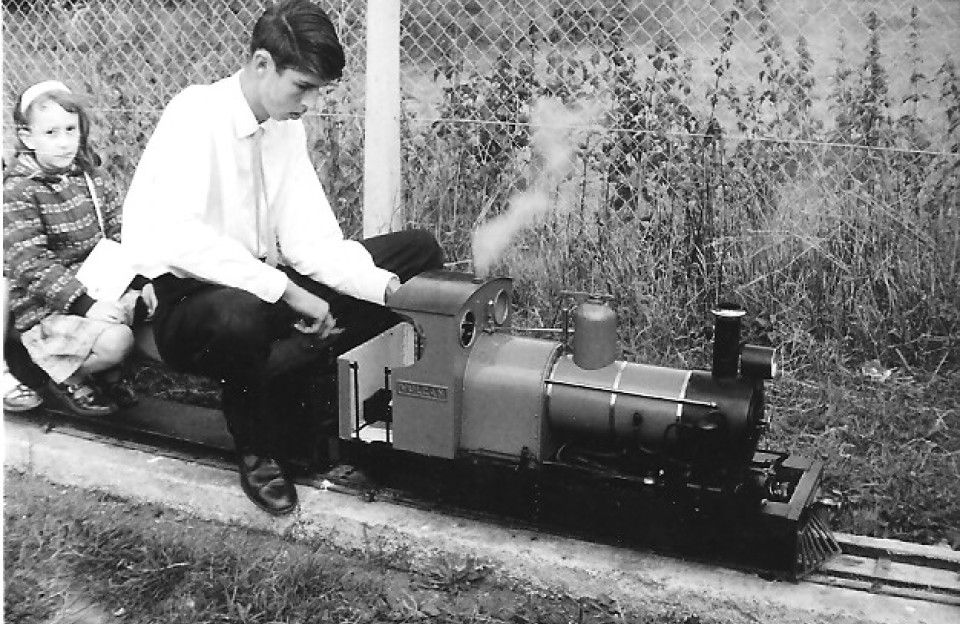 This page is dedicated in memory to my late Father Peter James Jellicoe Hargrave and will feature the photographs from his collection in and around Durrington. 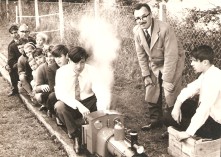 During the sixties Durrington had a steam railway complete with a halt or station.  The Durrington Secondary School Railway was a narrow gauge railway consisting of a replica 10 inch Narrow Gauge Welsh Well tank Loco “Vulcan” which ran along the School field.

The engine, coaches, track and ancillaries were all made at the school metal work classroom, under the control of Mr Reg Dimmer.

The train would come out on occasions, like school fetes and open days and be run by the children along a 200 metre narrow gauge track, which consisted of viaduct and cutting.

It was powered by off cuts of wood from the woodwork class unit and this generated the steam to power the engine. Children would run, drive and service the engine under the supervision of Mr Dimmer.

The engine was very popular and generated a lot of interest. It hauled up to 4 carriages and could transport 9 people each trip, we even managed to coax the Head Teacher Mr T A Spruce to have a ride shown in the photograph.

When Mr Dimmer retired he was presented with the engine and track etc, being a very keen man in the steam world, he would also arrange coach trips to local steam rallies etc from the School.