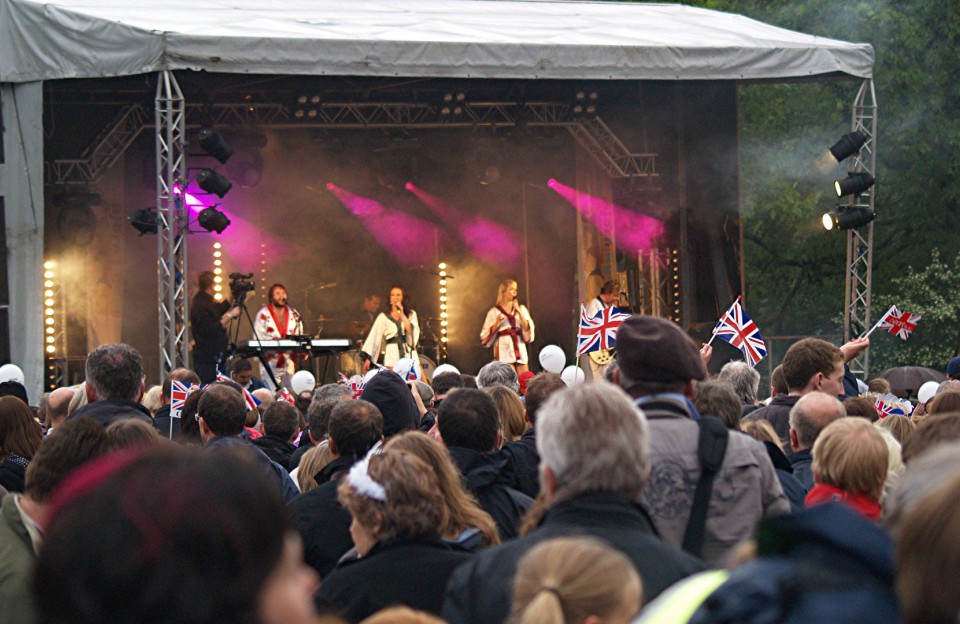 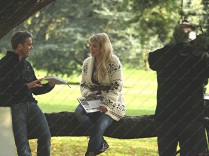 Countryfile in Bath
In November 2014 BBC Countryfile came to Bath with the whole of their team, to make the Christmas special for Christmas 2014.
I was kindly permitted to take photographs during the filming to record the happenings, for BANES Parks Department Records. 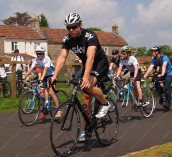 The circuit was due to be officially opened on the 13th July 2013 but had a special visitor on 19th June 2013, Sir Chris Hoy.  Sir Chris Hoy dropped in and gave the Circuit a try on his Hoy Tour of Britain Road Show.
There were hundreds at the event, many school children etc, getting the chance to ride a few laps with Sir Chris and collect an autograph and have a chat with the Cyclist. 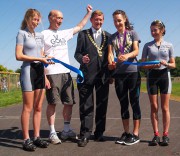 Extract taken from the official release from BANES below:

Following in the tracks of Sir Chris Hoy – who toured the 1.5km closed-road circuit in June – Dani signed autographs and chatted to visitors and children as she kicked off a day of fun for all the family.

Dani was joined at the official opening by local rising cycling stars Bethany Taylor (14) and Sophie Taylor (13). The Keynsham sisters, who go to Wellsway School, are already making a name for themselves in cycling and have their sights on the next Olympics in Rio. 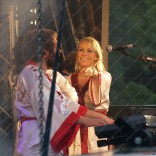 Bath celebrated the Jubilee on the 5th June in Royal Victoria Park with a free 'Picnic in the Park' event.  Two giant screens displayed the Jubilee celebrations and a large stage hosted performances from the Bath Philharmonic Orchestra, young emerging pop artists and the popular ABBA tribute band Bjorn Again.   Party goers were encouraged to dress up in retro clothes from 1977 when the Queen celebrated her Silver Jubilee. 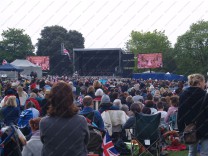 Tens of thousands of people celebrated the Royal Wedding at a party in Bath's Royal Victoria Park.  More than 24 thousand watched the marriage of Prince William and Kate Middleton on two big screens, cheering and waving flags as the couple took their vows.

Party-goers had arrived early to claim prime positions at the Picnic in the Park, organised by B&NES Council and Bath Music Plus, with visitor numbers expected to top 20,000 across the day as a whole. 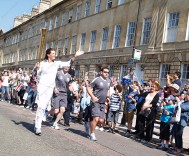 Olympic Torch comes to Bath on Tuesday 22 May 2012

With the countdown to London 2012 getting ever closer, the excitement  increased when the Olympic Flame started its 70-day journey across the UK in May 2012 and Bath played a key role in it.

Hanna Wade, a fourth year undergraduate studying Modern Languages & European Studies; Paul James, a third year undergraduate studying Coach Education & Sports Development; and Fay Hollister, a member of administrative staff in the Department of Mechanical Engineering, had all been chosen to represent the University of Bath as part of Samsung’s nomination programme for the Olympic Torch Relay.  Hanna and Fay carried the torch during its journey through Bath while Paul will took part in nearby Bradford-on-Avon.

As part of the celebrations the Department of Sports Development & Recreation hosted an Ancient Olympic Games on St John’s Field for hundreds of local schoolchildren. 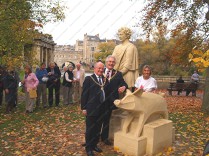 This was a public art event to celebrate Bath, its origins and its artists.

One hundred fibreglass pigs, individually painted and named, were scattered around Bath to commemorate King Bladud, who is said to have founded the city in 863 BC.   They were then displayed together for the last time before being sold at auction with a reserve price of £1,250 each.

They were created by sculptor Alan Dun and each pig had been sponsored by a business or community.  The colourful pigs were auctioned on 31 October.

Different artists painted the pigs - one was decorated by Peter Blake who designed the Beatles' Sergeant Pepper album cover, another had been painted wearing a Bath rugby club strip and a third was dressed in Prada-style clothes.  There was one with wings called Pigasus, another known as Save the Hamazon was decorated with a rain forest. 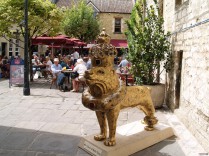 Lions of  Bath 2010 was a public art event for the World Heritage city of Bath, which saw 100 life-size lion sculptures  displayed in pride of place in locations all over the city from May-September 2010 and then auctioned, raising over £65,000 for local charities, including the children's charity "Off the Record", which gives vital support to hundreds of young carers aged 5-18.

The sculptures were individually designed and decorated in a wide range of styles, from grafitti to abstract and mosaic, by a wide range of talented artists from Bath, Scotland, London, France, Moscow and China, including well known figures such as Sir Peter Blake, Rolf Harris, Cath Kidston and Olympic gold medallist Amy Williams.

The Lions of Bath safari maps encouraged thousands of residents and visitors to explore the city whilst tracking down all 100 lions in the pride and emails were received from all over the world expressing their delight and surprise at discovering the giant pride prowling the World Heritage city. 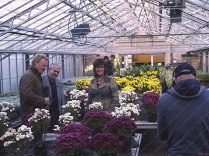 50 Years of Bath in Bloom on Display

Floral displays dating back to 1964 and beyond were celebrated in Bath.  Britain in Bloom celebrated its 50th anniversary, an exhibition was on display at the city's Central Library featuring photographs of award-winning floral displays over the years.

Bath was the first winner of the national competition in 1964 and took the title again in 1968.  Since then Bath has won the Britain in Bloom best city category ten times, and qualified for the finals a further 17 times.  Bath's last Britain in Bloom win was in 2004 in the best small city category.  The city has also won the regional South West in Bloom title 22 times.

In 2013 Bath won a Britain in Bloom Edible Britain award with its sculptures of characters from the TV show The Herbs, created by Bath and North East Council workers.  The sculptures, which wowed the judges and proved popular with visitors to Parade Gardens, went on display in the main floral marquee at the Chelsea Flower Show .

The pictures of the teams involved were taken just after sunrise at Brock Street, this was as you can see, following a clean sweep in the RHS South West in Bloom.

BBC TV staged some live Breakfast broadcasts from the same site and also at the nursery.  This featured Mr Bill Bailey who has been with the Parks since it all started 50 years ago and although retired, he is still a player in the Bath In Bloom efforts, also present was Jekka McVickar herself an RHS Judge.