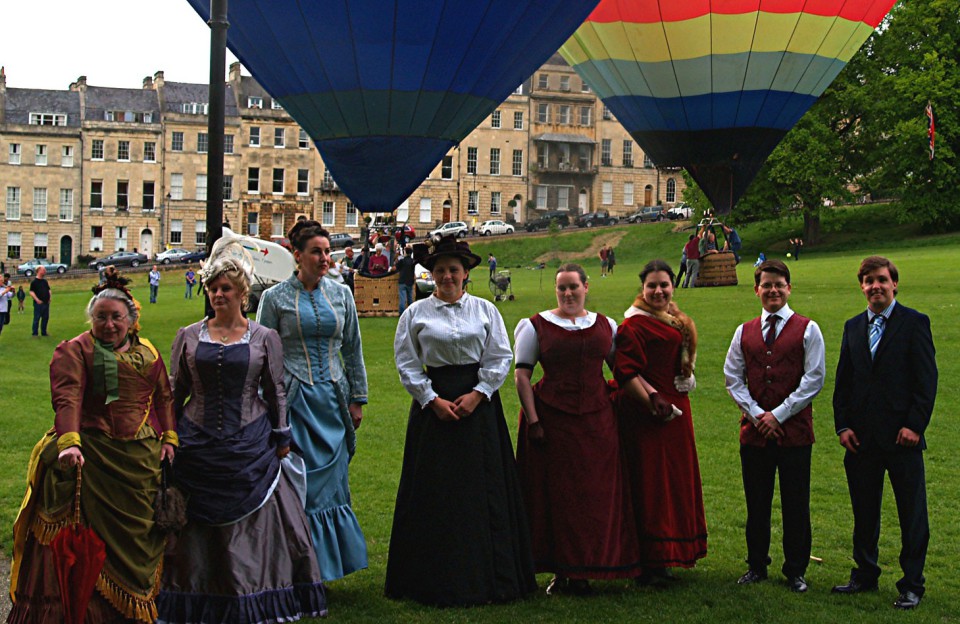 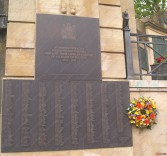 The Bath Blitz Memorial Service was held to remember the 417 people who died in Bath during the Blitz.
These people were killed during the bombings in 1941 & 1942, in what was known as the Baedeker Raids.
The Baedeker Raids or Baedeker Bombings took place between April and June 1942.  The Baedeker bombing raids on old historic English cities were named after the Baedeker travel guidebooks that the Germans used to identify their targets, which were three-starred, i.e. worth visiting, old English cities.
The attack on Bath on April 25th and 26th in 1942 resulted in 417 deaths with over 19,000 buildings being destroyed or damaged.
27th April 2003, was the sixty-first anniversary of the last bombing raid on Bath.  A ceremony was held to unveil and dedicate a memorial plaque to those residents and visitors in Bath who died as a result of the air raids. 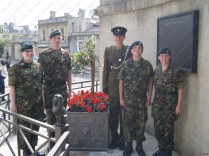 Harry Patch Memorial is unveiled in Bath
4 September 2010
Mr Patch, the last surviving British solder to fight in the trenches in World War I, died on 25 July 2009 at the age of 111.
Two lead flower planters were dedicated to the late Harry Patch in Bath.  The planters were placed at the entrance to Royal Victoria Park, next to the war memorial.
Mr Patch was born in 1898 in Combe Down near Bath and died at Fletcher House care home in Wells, Somerset.  His funeral at Wells Cathedral was attended by thousands of people. 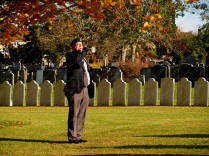 An annual service on each Remembeance Day, 11th November is held in Haycombe Cemetary whatever the weather.  The service is always well attended.

Below the Cross of Rememberance are the war graves, commemorating those who gave their lives during the conflicts.  Haycombe Cemetary also has a tempettio possibly one of only two in the country - a small temple shaped building, built to house a Book of Rememberance. 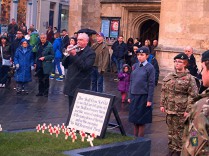 Annual Dedication of the Field of Rememberance

The annual Dedication of the Field of Remembrance ceremony organised by the Royal British Legion Bath Branch, takes place outside Bath Abbey.

It sees war veterans, serving armed forces personnel and church leaders come together to remember those who lost their lives.  They take it in turns to lay small wooden crosses and poppies in the cross-shaped patch of lawn at the Abbey Church Yard. 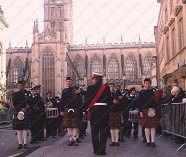 Each year Downside’s Somerset Bagpipers lead the Bath Remembrance Day Parade, followed by War Veterans and representatives from the Military and other groups.

Downside’s Somerset Bagpipers were under a relaunch programme in 2016 and did not attend the parade.  2016 saw the parade led by the band of the 93 Air Cadet Band.  93 Squadron has a proud history of music and is one of the few squadrons with a full band, with a set of its own instruments. 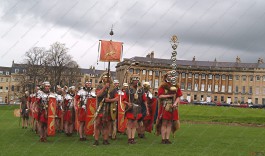 The armoured ranks of the Ermine Street Guard invaded almost 2,000 years since the Roman Conquest of Britain.

The world famous Ermine Street Guard set up camp in front of the Royal Crescent in the grounds of The Royal Victoria Park, Bath for World Heritage Weekend.

The Ermine Street Guard are the country’s leading Roman re-enactment group and where could be better to see them than at one of Roman Britain’s greatest cities?!  Dressed head to toe in authentic armour and armed ready for battle, the Guard put on a brilliant display.

They set the clock back to an age of invading legions, cut throat centurions and the all conquering Roman Empire.  The Guard transported visitors back in time to ancient ‘ Aquæ Sulis ’, as Bath was known to the Romans, as their colourful legion demonstrated the combat skills, battle tactics and artillery power which made the Roman army such a formidable fighting force.

Alongside displays of army tactics and skill, visitors were able to explore the encampment and talk to the mighty imperial roman army about life on the road.

They explained all about the food they ate, the way they wrote and the tools they used – all in this iconic setting. 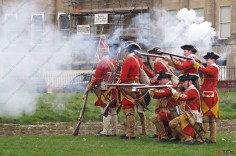 The World Heritage Day event featured activities for the whole family to enjoy in Royal Victoria Park, below the Royal Crescent.

The small regimental camp showed examples of camp life such as changing the guard and kit inspections.

The regiment was one of nine regiments of foot raised by James II when he expanded the size of the army in response to the Monmouth Rebellion.  On 20th  June 1685, Theophilus Hastings, 7th Earl of Huntingdon was issued with a warrant authorising him to raise a regiment and accordingly the Earl of Huntingdon's Regiment of Foot was formed.

Eventually, this regiment became the Somerset Light Infantry.  It also has Pulteney Street and Pulteney Bridge named after its founder. 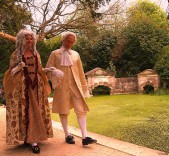 Celebrations took place in Prior Park Landscape Garden for the landscape theme of 2015.  Prior Park Landscape Garden is a beautiful and intimate 18th century landscape garden in Bath.
World class architecture runs seamlessly into the countryside of outstanding natural beauty. This is a rare and precious combination.  Prior Park was built by Ralph Allen in 1742, as a country house made of local stone, collected from the mines at Combe Down and Bathampton.
The weekend included walks with period-dressed guides, landscape painting, drawing and photography. 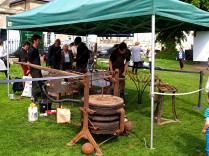 Waters and Wonder at World Heritage Day!
Bath’s annual celebration of International World Heritage Day took place on Sunday 23 April 2017 in the sunshine at a beautifully blooming Parade Gardens.
The ‘Waters of Bath’ was the theme for the day and free activities exploring the history and use of Bath’s hot springs, canal network and River Avon were enjoyed by over 1400 visitors of all ages.  The Mayor of Bath Councillor Paul Crossley toured the site during the day.
The gardens came alive with the sound of music courtesy of Bath Spa Band and Bath City Jubilee Waits, who also accompanied the Widcombe Mummers in their colourful ‘St George and the Dragon’ play to mark St George’s Day.
No 1 The Royal Crescent was also open to the public with some displays on the font lawn of site.

In September every year, hundreds of lovers of all things Austen descend on the city of Bath, England, for the largest gathering of Jane Austen enthusiasts in the world.  During the course of ten days, this annual Festival includes over eighty events such as – theatricals, musical soirees, food tasting, the Regency Costumed Masked Ball, walks, tours, talks, the Country Dance, workshops of all sorts from dancing to making Masks, reading the novels and commences on the first Saturday of September with the world famous record breaking Grand Regency Costumed Promenade.