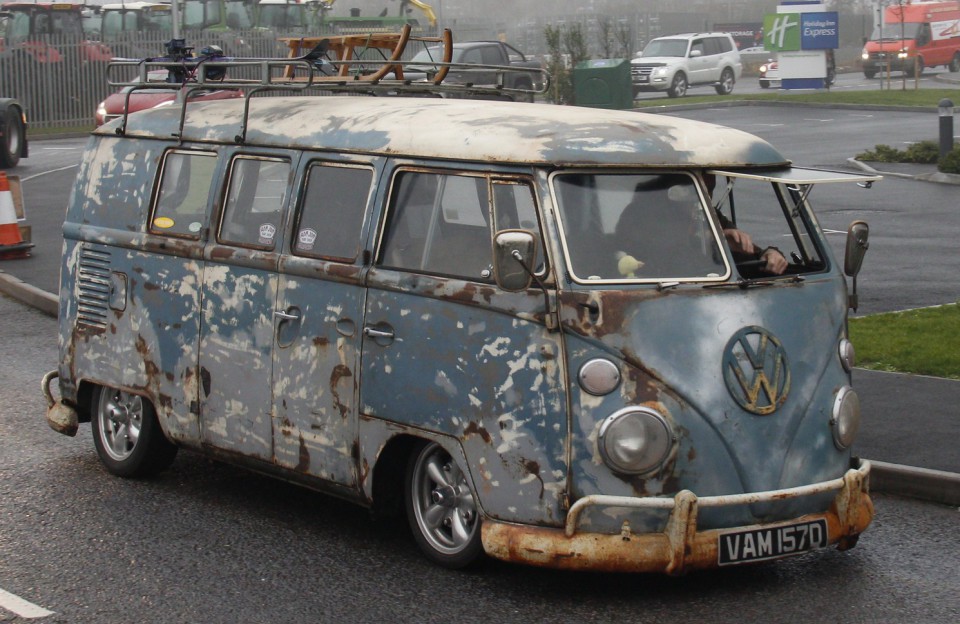 This is an early season static gathering of all sorts of vintage vehicles over 20 years old.

There is most years an optional road run from Warminster, for those who travel from that area. This is not actually organised by the CTP, but of course the entries have to get to Gillingham, so it makes sense to travel in organised groups.

The informal road run which this year started at Warminster services with cars arriving from 9.00 ready to leave for Gillingham if they wished.

The vehicles had already started to arrive in Warminster when I arrived. A lot of vehicles, in a lot of cases, are in better condition now than when they were new. The vehicles having been restored by the owners over many hours and even years.

These photographs were taken on Sunday morning at Warminster Services junction A36 and A350 and on the road in Mere and also at Gillingham.

Not as old as she looks; Atkinson L1786XA, 466 RKO (with Gardner 6LX diesel) dates from October 1961, and was new to Marley Tiles from Kent and still carries their fleet No.10 on the cab.

She later passed to haulage contractor; P.G Furnell from Upton, Poole, before finding her way onto the fairs with Richard Townsend & Sons from Weymouth, fitted with two generating sets.

After they finished with her, the Atkinson passed to well-known preservationist  Norman Young.

This motor has now spent way more years in Dorset than she ever did in Kent.

The Westend Garage, Bruton had several vehicles at the event.  The 'military division’ has grown and is popular and much requested around the West.

They have managed (with some degree of success) to get a 1940 Morris Quad (complete with limber and 25 powder gun) refurbished and up and back on the road.

Running speed was alright 70 years ago but not quite up to today’s standards.

When out with its big brother the AEC matador and 5.5” howitzer they make up an impressive sight.

The four vehicles were as follows: 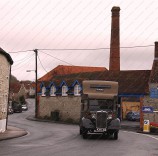 I travelled down from Warminster, with the local band of drivers and owners from the lorry park at the Travel Lodge, as I do every year.

There are plenty of good rural spots to get photographs of these entries on route but after they pass, you are then at the rear, so do not really have a chance to get more photographs.

I have often managed to get photographs in Mere, each time I pick out a place that maybe suitable for the next year.

I have often looked at this building with its red brick and chimney and wondered about its history, so today I investigated and used it for a back drop and shelter from the rain.

It was a mixed time for industry in the town.  Landers' Brewery in Salisbury Street was founded but later, possibly because of the Temperance movement, this became a bacon factory in 1884.

Later it was a milk factory, being owned by Cow and Gate and then Unigate, until it closed in 1970.

This is now the home of The Yapp Brothers Wine Merchants.

This made the ideal setting for passage of the veteran and vintage vehicles making their way to the Gillingham vehicle gathering.

Arthur Smith photographed with his Willys Jeep, is a local man from Heytesbury.  This is a genuine WW2 Willys Jeep. 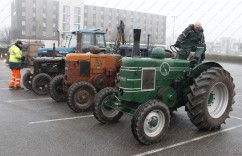 New Year's Day Road Run - Sedgemoor Auction Centre - 01.01.20
These photographs were taken on New Years Day.
The Sedgemoor Auction Centre was hosting the New Years Day Road Run, a vintage vehicle gathering.  There were well over 400 entries of vintage cars and tractors and commercial vehicles on display.
The event did not show any signs of suffering from the damp and foggy weather conditions, by 11:00 the exhibitors park was full to overflowing, the first entries arriving around 07:00.
The organisers, Somerset Traction Engine Club, also marshal the event with their club members.
There were also undercover market stalls and refreshments and a car boot.
The vehicles left the site to follow one of two alternative routes at 11.30 am.  All sorts of classic road vehicles participated in a run around the area and out over the Somerset Levels. 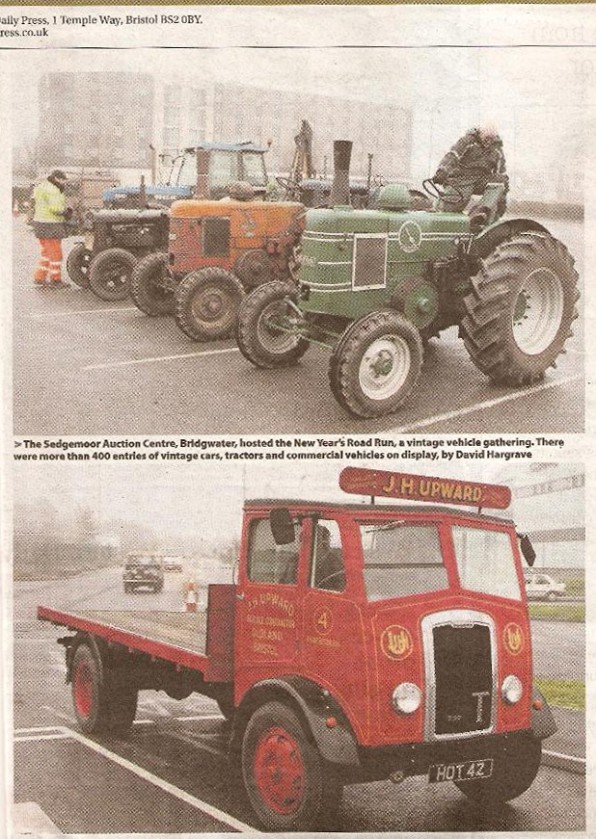 Print | Sitemap
This website and its content is copyright of DCRH - © DCRH 2020. All rights reserved. Any redistribution or reproduction of part or all of the contents in any form is prohibited other than the following: • you may print or download to a local hard disk extracts for your personal and non- commercial use only • you may copy the content to individual third parties for their personal use, but only if you acknowledge the website as the source of the material. You may not, except with our express written permission, distribute or commercially exploit the content. Nor may you transmit it or store it in any other website or other form of electronic retrieval system.
Login